This place might be the best example of “function over form“ I have come across.

Cruz de Ferro – can’t be accused of misrepresenting its self – as it is exactly that… Simply an iron Cross on the top of a tall thick wooden pole.

However it’s emotional meaning and the spiritual investment in this place of hundreds of thousands of Pelegrínos make this place more important than many of the more elaborate places of worship around the world.

Maybe it is it’s simple lack of contrivance.

This is Brigitta‘s photograph of it on the morning they approached. You’ll not see too many of Brigs in this post – either she’s taking the photos or it’s just too important a day for “selfies” ( but Tereza – she’s fine! )

It’s early and misty as it’s only 2 km from last night‘s Alberque. 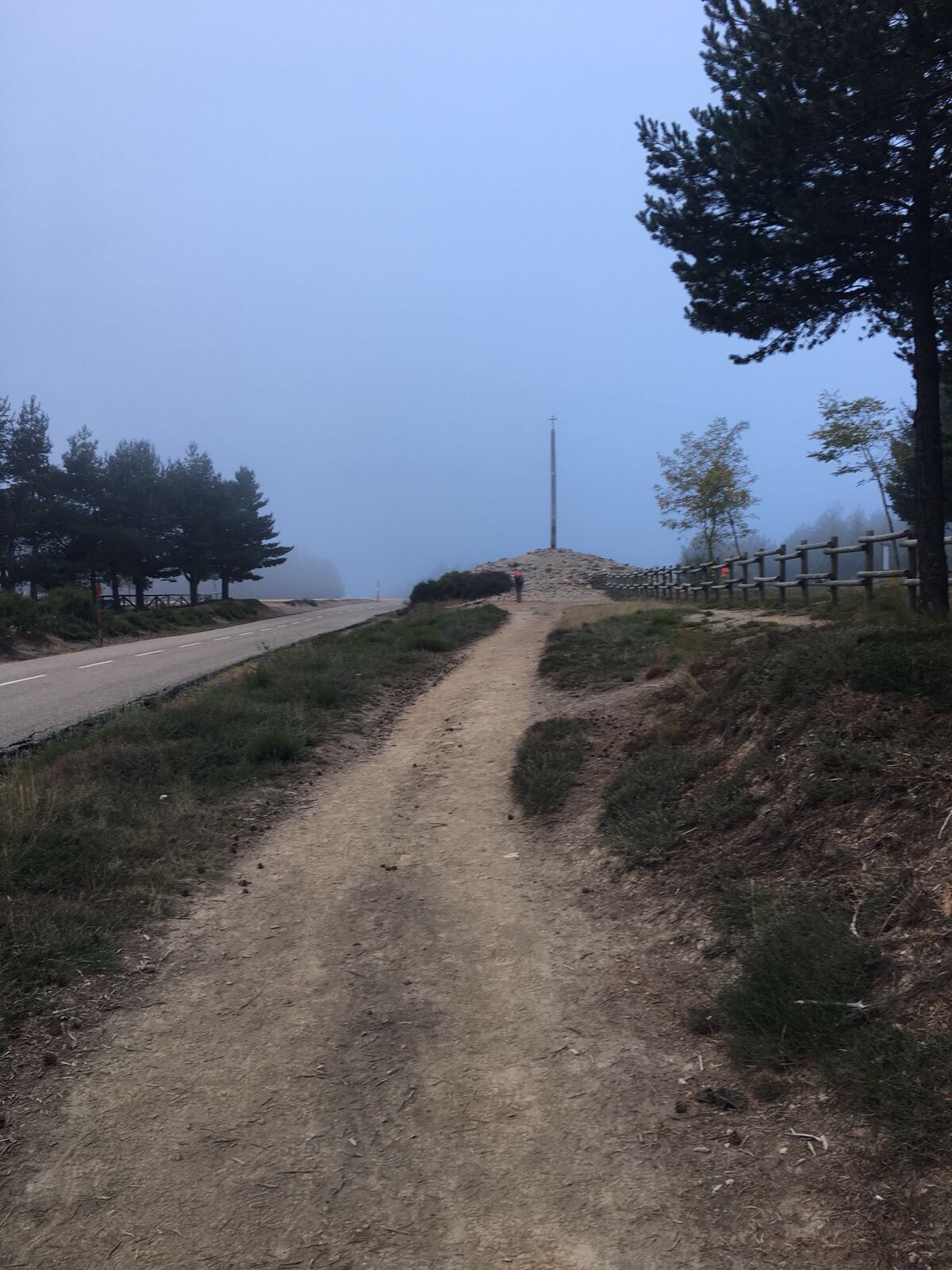 It’s located here – you can see how far they’ve come on the journey.!

The stones – possibly running into millions – all around its base – at first look as if they are a natural occurrence.

They are individually carried and placed with messages on for reasons as varied as there are stones.

The weight of this place is overwhelming for many and it was for Brigitta & MorMor.

As well – they kindly took a stone that I had written to place there . Mine was of friendship – the little stone here between them – nothing too deep from me ( This time ) . Theirs too personal for here.

I very much regret not being there with them on this day .

MorMor sent a postcard to the Heavens !

Fantastic views from the top taken by Brigs – – it’s always too easy to read too much into these things – but as the mist lifts , sun rises , skies turn blue there is no more eloquent way to express a new Start, a rejuvenation , an entitlement to basic happiness. You two deserve it .

The day and the mood lifts . The Cruz works its magic! Quaint buildings appear alongside the track …. 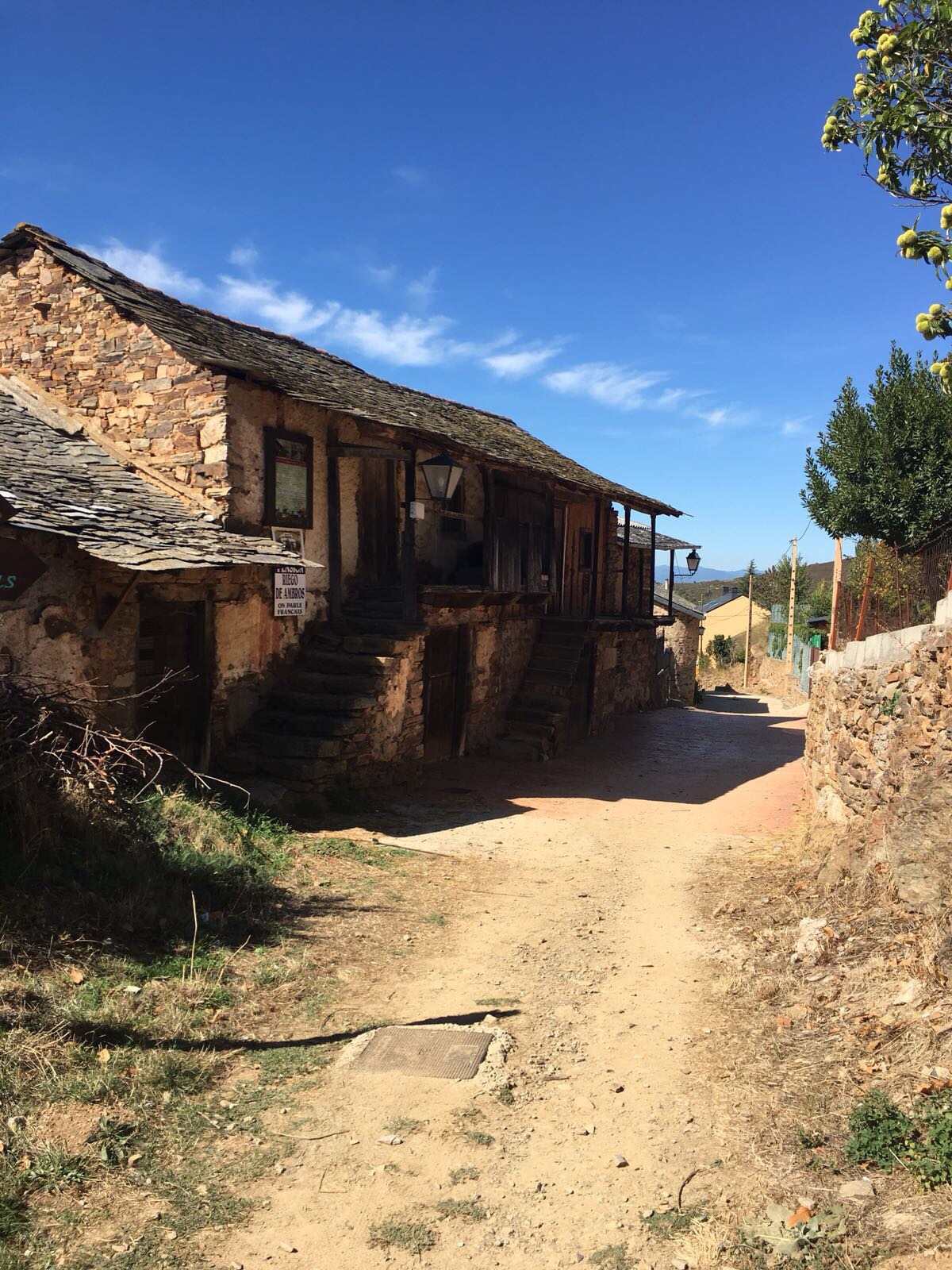 I’m often astonished at the sheer resilience of women – here , at home , friends . This sunny photo above is proof ! 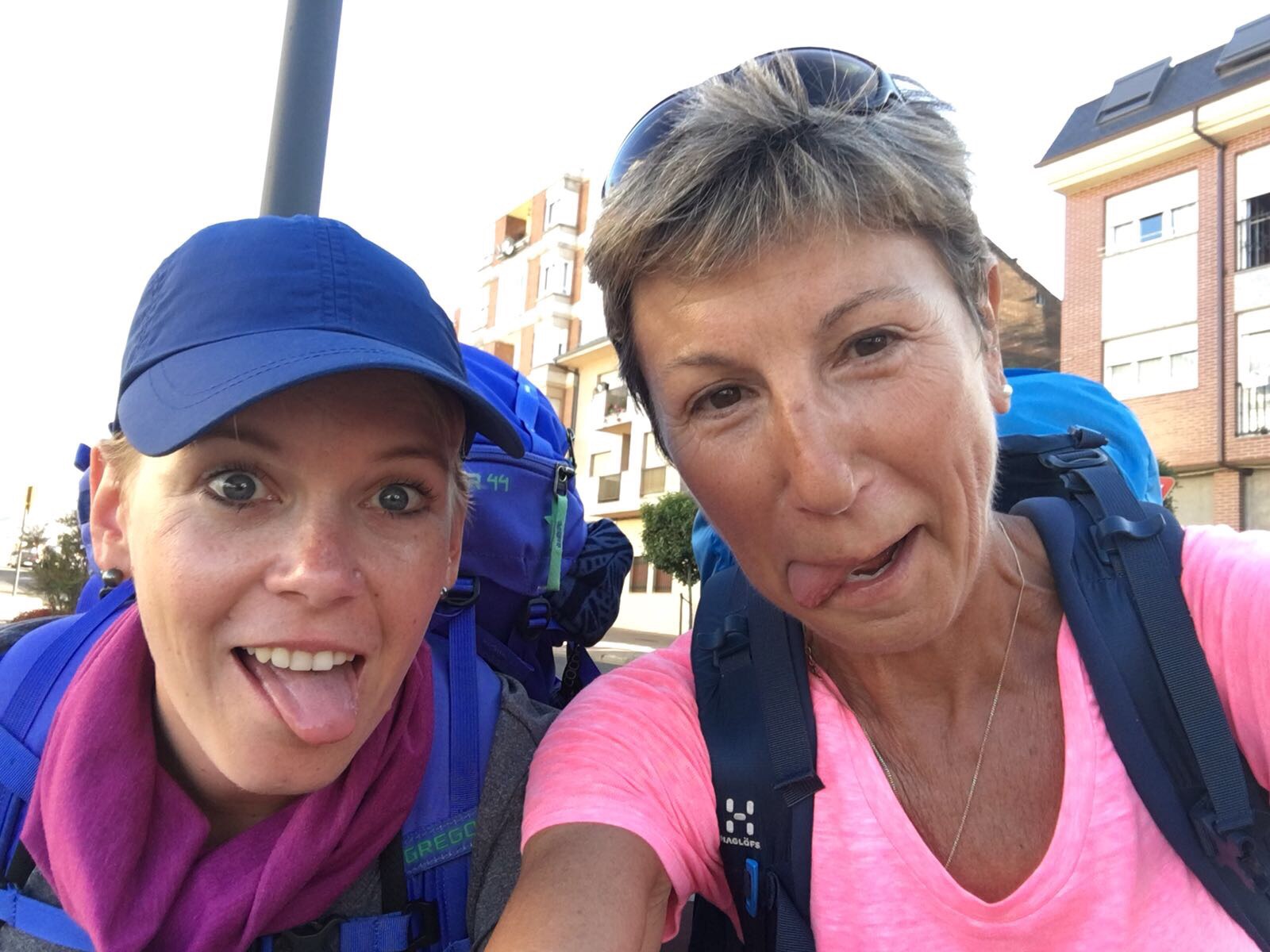 Just one of the series of emotional Camino Chapters – but for many the most important- ………. is over .

With a final photo of this stage .

The Girls followed the example of this little Spanish cuteness. Siesta !!! 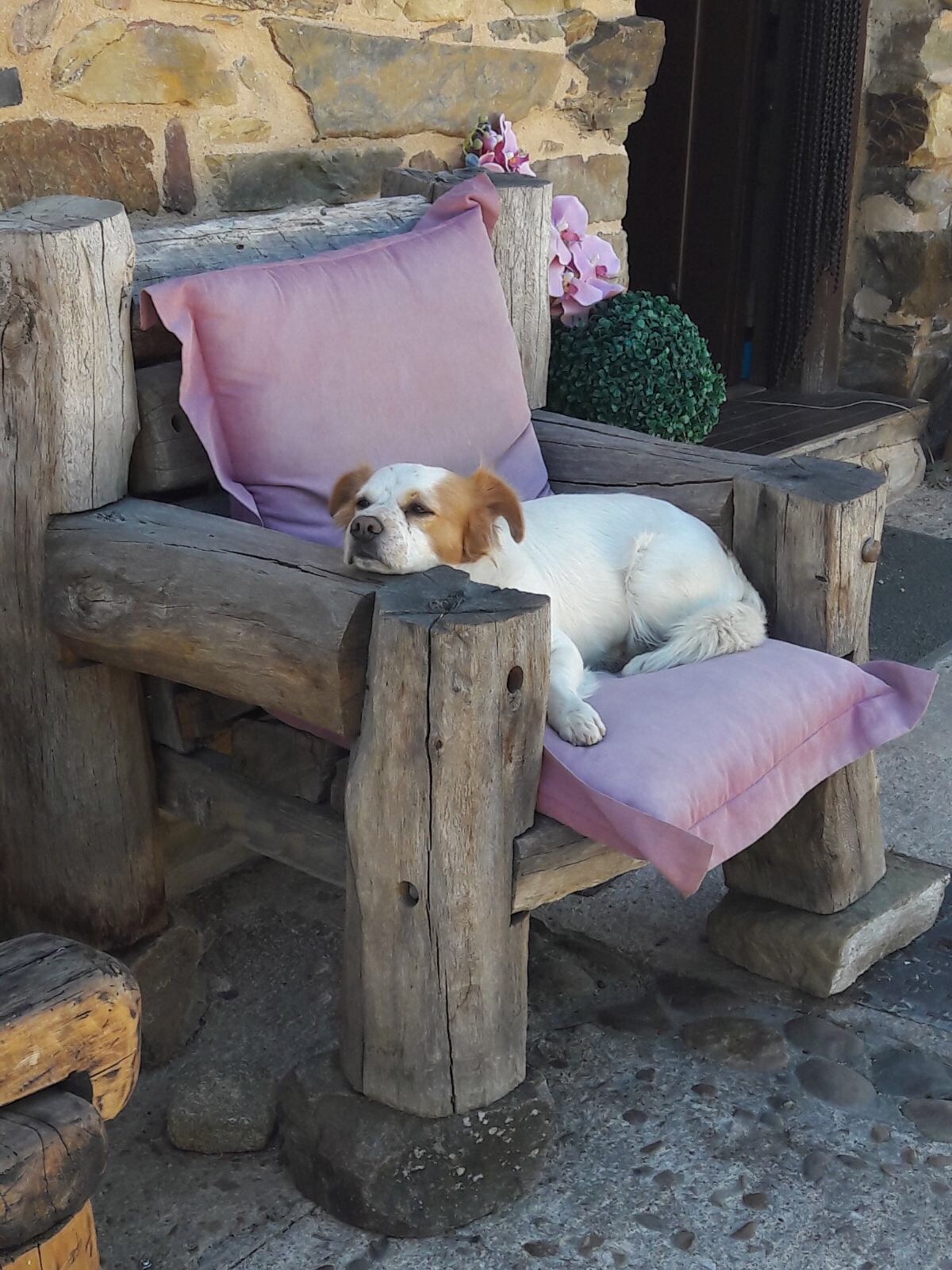